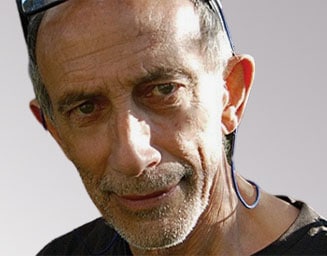 I was born during WW2 in an enchanted garden on the shore of  Lake Como, a fragile little corner of paradise surrounded by the horrors of war.
I grew up in Milan, a city I never loved. The excursions in the Alps with my parents are the fondest memories of my childhood.
As an adolescent I discovered philosophy. I learned that the world is subtler and more mysterious than we ordinarily believe. I ended up studying physics (and never regretted it).

I was mostly a mediocre student. But my tesi di laurea was brilliant, and contributed to an interpretation of quantum physics that became widely accepted some decades later.
After graduating I worked in the Physics Department of the University of Milan. One day I realised I could foresee my life smoothly going go on like that for the next fifty years. I had to leave.
I chose the University of California at Santa Barbara. It was near the end of the Vietnam War and at the peak of flower power.
Outside the University life was wild. Psychedelics, sex and meditation. We thought we could create a better world (I am still trying). And the ocean, the beach, the cliffs were another magic garden.

Inside the University research was wild. Astrophysicists thought they had just for the first time spotted a black hole. Jim Hartle and I clinched that identification. My second brilliant piece of work. It got me a PhD.
But my soul was no longer in academia. At the end of the 1970s I started travelling to the East and founded a spiritual-ecological commune on the Tuscan hills. I became a farmer.
Then I met Osho. He showed me that, although I had understood it all with my head, that was far from being enough. Then for a few years I tried to put my head aside.

But that also was not enough. In the early 1990s I arrived at Eranos, a place combining deep psychological work with beauty, warmth and a feminine touch. And again a magic garden, on the shore of Lago Maggiore.
In Eranos I studied classical Chinese, translated the I Ching, and discovered that probably I had been a taoist all my life without realising it.
Then Eranos also ended. In 2002 I joined my friend David Peat, formerly a student and friend of David Bohm, running the Pari Center, an international, interdisciplinary, multicultural center located in the small hilltop village of Pari, Tuscany. I am presently the director of the center.
I am a member of the Cortijo de Gaia, of the International Eranos I Ching Association, of the Holos Project and a senior advisor for the Conscious Consulting Group.

My translations of Chinese classics:

Together with my wife, Cruz Mañas, I give I Ching seminars, using the ancient Chinese oracle as a tool for accessing aspects of a situation, or of our own psyche, which we are not aware of.