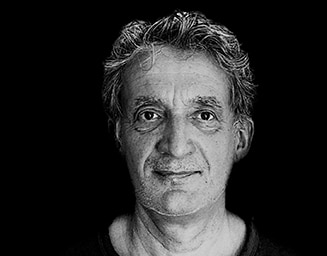 Born into the early 60ies in rural Austria I was very early on inspired by the spiritual life in the countryside as well as the lights, sounds and smells of the far away cities, seemingly the promised land.

Fascinated by that which one could not see, not touch, not even had words for, daydreams and books became the gateways to a world out there, full of mysteries waiting to be explored and unveiled. This lead to a life in both the mundane and the spiritual, from eastern spiritual traditions to the western traditions of science, economy, quantum physics, hard yet fluid stuff, all of which to me an expression of the same inseparable consciousness.

Being trained as a psychotherapist, social worker, economist and Buddhist monk, I worked with drug addicts and people suffering on Aids. Trained in system thinking the idea of “a world that works for everyone” became a guiding principle, asking to explore the key driving forces of societies. That quest directly pointed to the arena of business and economy, which became a professional home. An identity as coach and business consultant began to form, interwoven with a life for many years as a lay Buddhist monk.

For over 30 years I was working as a consultant in European as well as global transformation projects, coaching and advising senior executives, blending and integrating technology & science with the relevance of wisdom traditions. All of which only served one single purpose, to make that one magic moment happen, when everyone and everything in an organization falls into its innate and sane place, the organization flows as one whole and integrated, healthy body, elegantly delivering and fulfilling its own purpose. Currently I am working as Senior Advisor and Managing Director at CCG.

“Transforming Wisdom into Impact” became our guiding principle at CCG, being lights in the dark, showing ways forward while being rooted in the abundance of the wisdom traditions of mankind.